Actions are louder than words. College presidents are criticized for statements.


Leaders in higher education have called for changes in response to the killing of George Floyd. Many have failed to acknowledge what is actually going on. Shaun Harper of the University of Southern California shares insight. 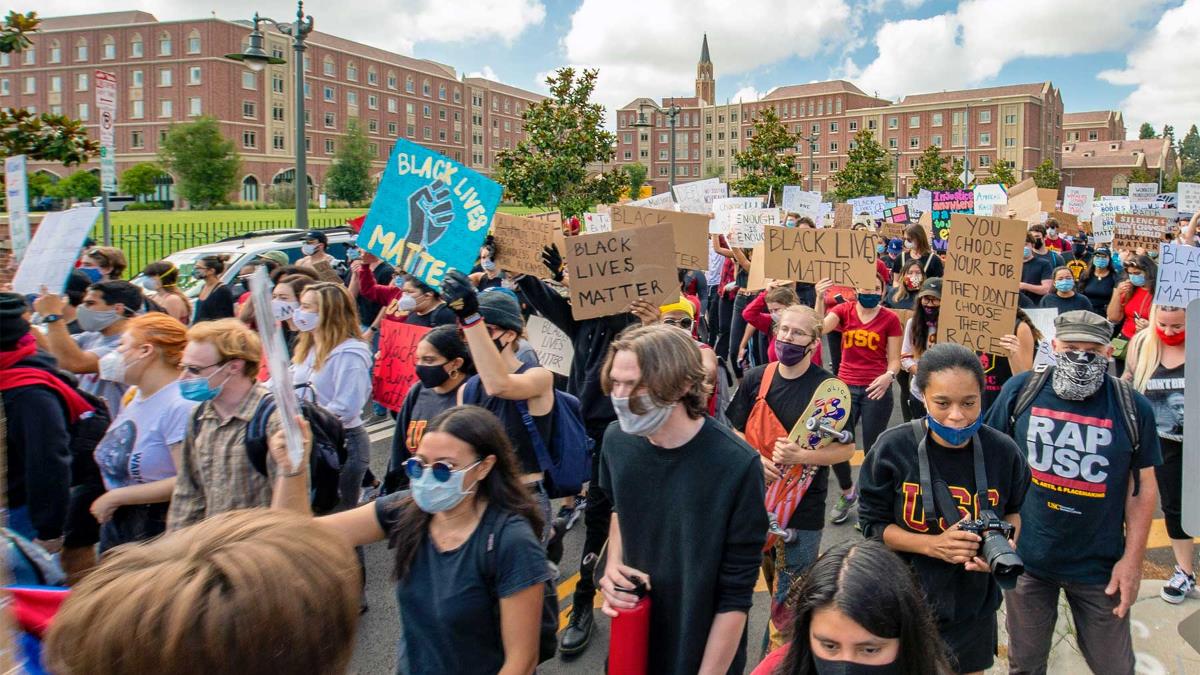 In the day and weeks following the May 25 killing of George Floyd, many college and university presidents released public statements by posting letters online or sending emails out to university students, staff and faculty.

Statements spoke out against racism and police brutality. Some presidents referenced institutional commitments to diversity. But not very many explicitly mentioned black people, referenced the Black Lives Matter movement. Few included concrete actions that would address inequities on campus or in society.

Harvard University president Lawrence Bacow, who earlier this year recovered from COVID-19, was criticized for completely missing the point of Black Lives Matter.

The following is the statement released by Bacow on May 30:

Dear Members of the Harvard Community,

The last several months have been disorienting for all of us. COVID-19 has profoundly disrupted the lives of people worldwide. It has caused more than 365,000 deaths around the globe and more than 100,000 in the United States alone. Forty million Americans have lost their jobs, and countless others live in fear of both the virus and its economic consequences.
In the midst of this incomprehensible loss, our nation has once again been shocked by the senseless killing of yet another black person—George Floyd—at the hands of those charged with protecting us. Cities are erupting. Our nation is deeply divided. Leaders who should be bringing us together seem incapable of doing so.
I cannot help but think back to 1968, the spring of my junior year in high school. First, Dr. Martin Luther King Jr. was assassinated, then Bobby Kennedy. Riots broke out in nearby Detroit, as they did across the country. Then, like now, our nation was hugely polarized, and we desperately struggled to find common ground that might unite us.
At the time, hope was in short supply. It seemed difficult to imagine how we would move forward, but we did. As I think about the challenges that we face today, I return again and again to what I believe:
I believe in the goodness of the people of this country—and in their resilience.

I believe that all of us, liberal and conservative, Democrat and Republican, whatever our race or ethnicity, want a better life for our children.
I believe that America should be a beacon of light to the rest of the world.

I believe that our strength as a nation is due in no small measure to our tradition of welcoming those who come to our shores in search of freedom and opportunity, individuals who repay us multiple times over through their hard work, creativity, and devotion to their new home.

I believe in the American Dream.

I believe in the 14th Amendment’s guarantee of equal protection of the laws—for everyone, not just for those who look like me.

I believe that no person is above the law regardless of the office they hold or the uniform they wear. Those who break the law must be held accountable.

I believe that one measure of the justness of a society is how it treats its most vulnerable members.

I believe we must provide opportunity to those who may not encounter it on their own so that they may achieve their full potential.

I believe in the power of knowledge and ideas to change the world, of science and medicine to defeat disease, of the arts and humanities to illuminate the human condition.

This is just some of what I believe. I hope you will pause during these troubled times to ask what you believe. Even more importantly, I hope you will find the strength and determination to act on your beliefs—to repair and perfect this imperfect world. Those of us privileged to work or study at a place like this bear special responsibilities. As Luke teaches us, from those to whom much is given, much is expected.

Instead of focusing on racism and white supremacy that are part of the cause of excessive police brutality carried out against black bodies such as that of George Floyd, Bacow takes the time to assert his belief in the “the American Dream”, the “Constitution” and the “power of knowledge and ideas to change the world.”

Nadirah Farah Foley, a Ph.D. in Education student at Harvard, criticized Bacow’s statement as a “home-run of vacuous platitudes” and demonstrated “[no] recognition of the reality of this moment of this nation’s history.”

Boston University president, Robert Brown, also received negative feedback for trying to link protests to the university’s desire to reopen the college campus. He wrote, “In the current troubled climate, I believe our commitment to restoring our residential campus is made all the more important by the divisions in our country.”

After receiving hundreds of student complaints, Brown wrote a second statement: “Many of you read [the first] letter and have told me I did not do a good job in expressing how I felt about this tragic situation and the state of this country. The lives of our Black students, faculty and staff, and all Black lives, matter.”

The first statement has been criticized as dismissive. The second was an improvement because it acknowledged the situation.

Soon after, Tribe apologized and said “black lives matter to me and always have and always will.”

Lindsey McKenzize, of Inside Higher Ed, says that many presidents are struggling to find the right words. “The pressure is high for college presidents to provide leadership in the moment. And clearly some presidents’ statements were found wanting. Fear of saying the wrong thing, however, is not an excuse for silence… And even well-worded statements can fall flat if they are not followed up by actions.”

What can higher education administrators do?

Shaun Harper, executive director of the Race and Equity Center at the University of Southern California, shares a lot of relevant insight.

He says that college presidents should explicitly “name antiblackness and acknowledge that these were black people who were killed by police.”

“I acknowledge that police officers shoot and kill across all ethnic groups, but this moment is about the killing of unarmed black people. This isn’t the time for an all-lives-matter approach. This is not the time for broad statements about diversity and inclusion. I want to see statements about white supremacy and antiblackness.”

“He should say how he personally feels about the killing of black people and why he or she feels this way, otherwise the statement will be interpreted as a mere performative act.

Some officials may be feeling intense pressure to write a good statement and may therefore choose to say nothing.

Writing nothing would be a mistake. “Silence, especially in this moment, speaks volumes about what a leader’s priorities are, about the leader’s willingness or lack thereof to empathize with the traumatization, the grief and the outrage. There couldn’t be a stronger demonstration of disregard for black lives than silence in the moment.”

Many college presidents have also shied away from writing “black lives matter” in their statements because they fear backlash from those who feel the movement is too political. Black Lives Matter has definitely been misunderstood as a group.

“I think it’s likely that lots of leaders are misunderstanding what Black Lives Matter actually is… I also know that leaders who write statements get all sorts of counsel from their communications colleagues, and there are so few people of color in those roles. If you’re getting advice in your statement from a mostly white profession, the statement is going to be sanitized and it's going to be apolitical. The current moment demands that leaders take some political risks.”

Harper also shares that words mean nothing without action. “Institutions should hire more black people to be deans and provosts; they should award tenure to more black people. They should give more financial support and materials to black studies programs and departments. And they should absolutely do a thorough investigation of their campus police or campus safety unit to ensure that they are not racially profiling and harassing black students, which is a thing that happens on a lot of campuses.”


Get Instant Information about the University

Start University provides up to date information about degrees that connect you to the best university for your studies.

Check out our newsletter and stay up to date on the latest news and university degrees in the US.